Skip to content
NEWS:
07.06. Apply now and secure the best tickets for the next edition of the Sea Star Festival 2023 on time
/
30.05. Sea Star Festival Makes History! Sea Star’s 40,000 Visitors Use the Energy of Love to Restart the European Festival Scene!
/
27.05. All About the Sea Star Festival 2022
/
25.05. Festival payment: All about the Sea Star payment card
/
24.05. Furious Sea Star Finish – Ultimate Hip Hop Legends Onyx Are Also Coming to Umag!
/
12.05. “Half of Europe” at Sea Star! EXIT Trip Provides Additional Accommodation
/
06.04. Demand for Sea Star Has Never Been Higher! 2/3 of the Capacity Sold Out, Audiences Arriving from More than 35 Countries!

At the informal meeting with the media held last night in Zagreb Swanky Monkey Garden, Addiko Bank was officially introduced as the main sponsor of Sea Star Festival. At exactly 50 days before the festival, the strong line up at Stella Maris has just been further strengthened by a great partner whose engagement is bound to improve the quality of the first edition of the festival. 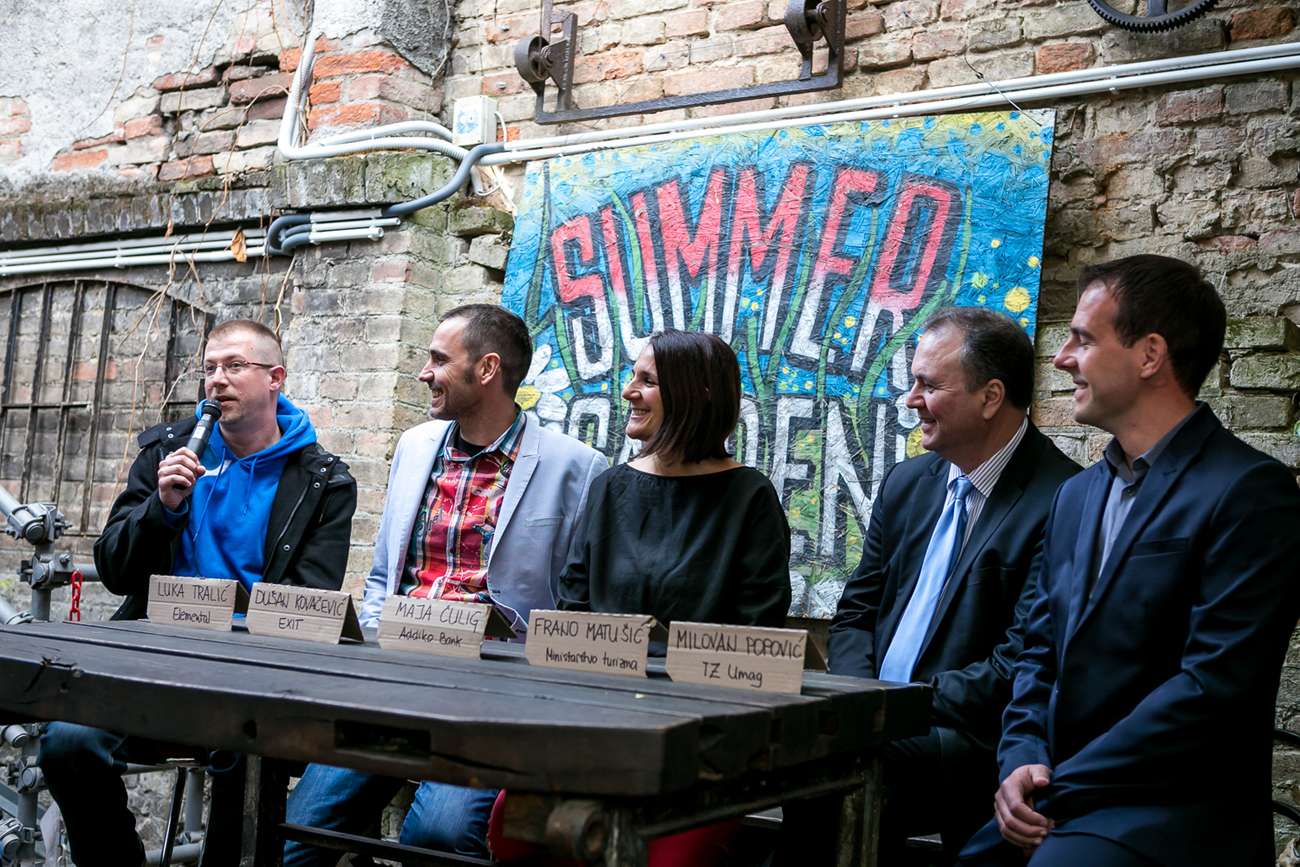 At the beginning of the press conference participants were addressed by Dušan Kovačević, CEO and founder of EXIT Festival and Maja Čulig, Addiko Group Marketing Director.

Dušan Kovačević started the gathering by saying: “We are extremely happy and very positively surprised by the reception of the public and the media that we experienced in Croatia. The initial capacity of the festival, 10 thousand people, has more than doubled, and we now expect 20 – 25 thousand people to visit the festival” and then he emphasized “Cooperation with Addiko means a lot, strong partners are part of festival’s success. We are grateful to them for their bravery to start sponsoring the festival at the top level in the first year already.”

“As a modern, simple and direct bank, Addiko recognized the idea and, with this sponsorship, has given many years of support for Sea Star Festival, as well as for EXIT as one of the biggest festival brands, not only in Croatia and the region, but throughout Europe. Given that we are in the business focused on customer satisfaction, it is very important for us that all festival visitors are granted quick and easily accessible financial services on the spot. By providing the necessary infrastructure we will contribute to the quality of the festival, and the visitors will be able to freely enjoy the great atmosphere and music”, Maja Čulig emphasized. 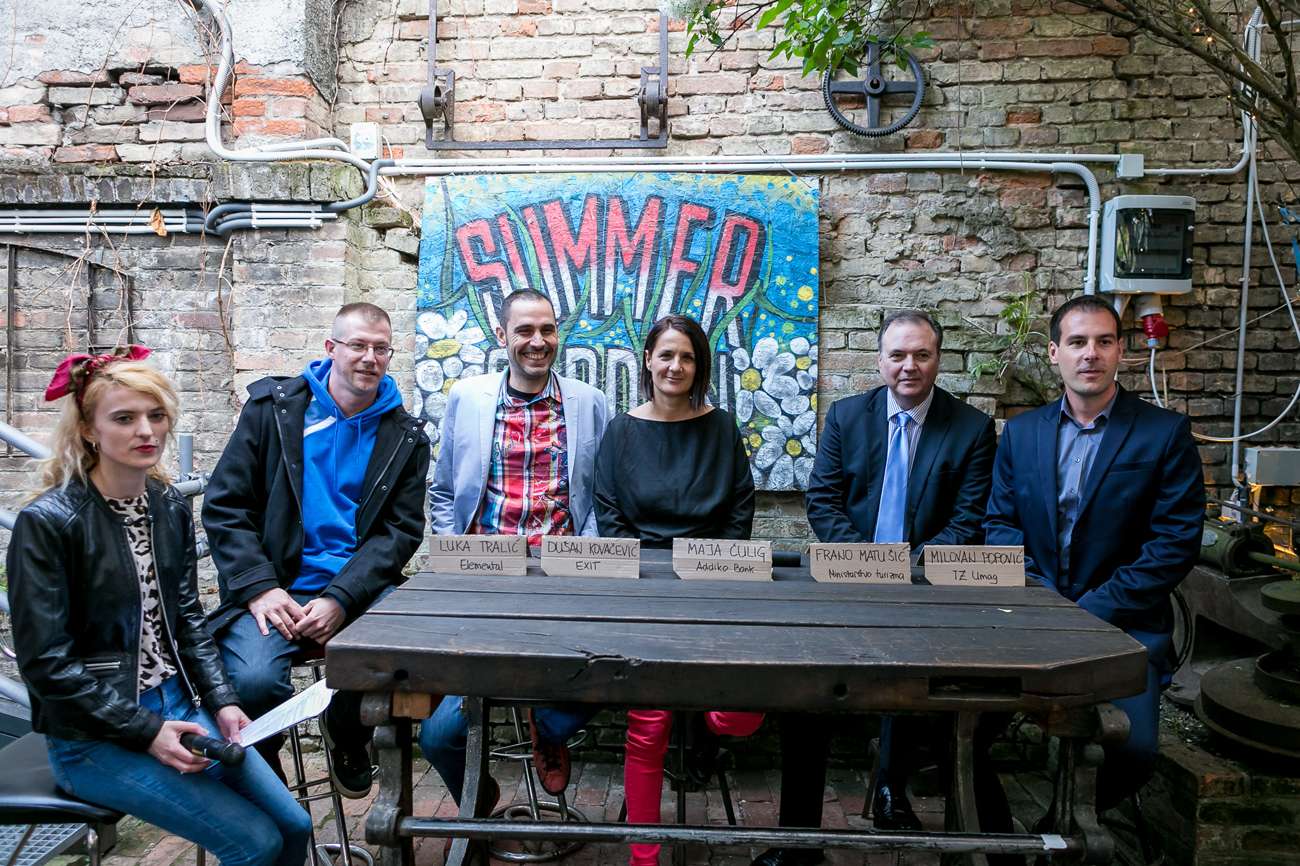 Participation of Addiko Bank in the festival will mostly be felt by visitors. In addition to raising the production levels on the main stages, the central of which will be called Addiko Tesla Stage, the Sea Star visitors will be welcomed with a cashless system that will accelerate all payments at the festival. Several cashless points will also be prepared, at which the visitors will be able to quickly and easily, with cash or credit card, add funds to their Sea Star Festival Addiko Card that will be the only means of payment within the festival area. Also, it will be possible to recharge the card if necessary, and if by any chance an unspent amount remains on it, it will be refunded to the user. In addition to that, several ATMs will be set up within the festival’s limits, for cash withdrawal needs.

The journalists and guests were also addressed by Frano Matušić, the State Secretary at the Croatian Ministry of Tourism, which officially confirmed their patronage of Sea Star Festival: “We had no doubt of patronage when Dušan and the City of Umag presented us with details. We believe that Sea Star will indeed be a magnet for the audience because we believe that Croatia is beautiful and we are counting on the tourist season throughout the year, and this is the type of content that will appeal to young people, who are most difficult to attract.”

The media was then addressed by the Director of the Tourist Board of Uma,g Milovan Popović, who particularly emphasized that the arrival of Sea Star in Umag could already be felt. During the days of the festival, occupancy is immeasurably higher than in the previous years, and the local community is proud of the fact that Sea Star is an Umag based festival, branded and developed with the help of EXIT. 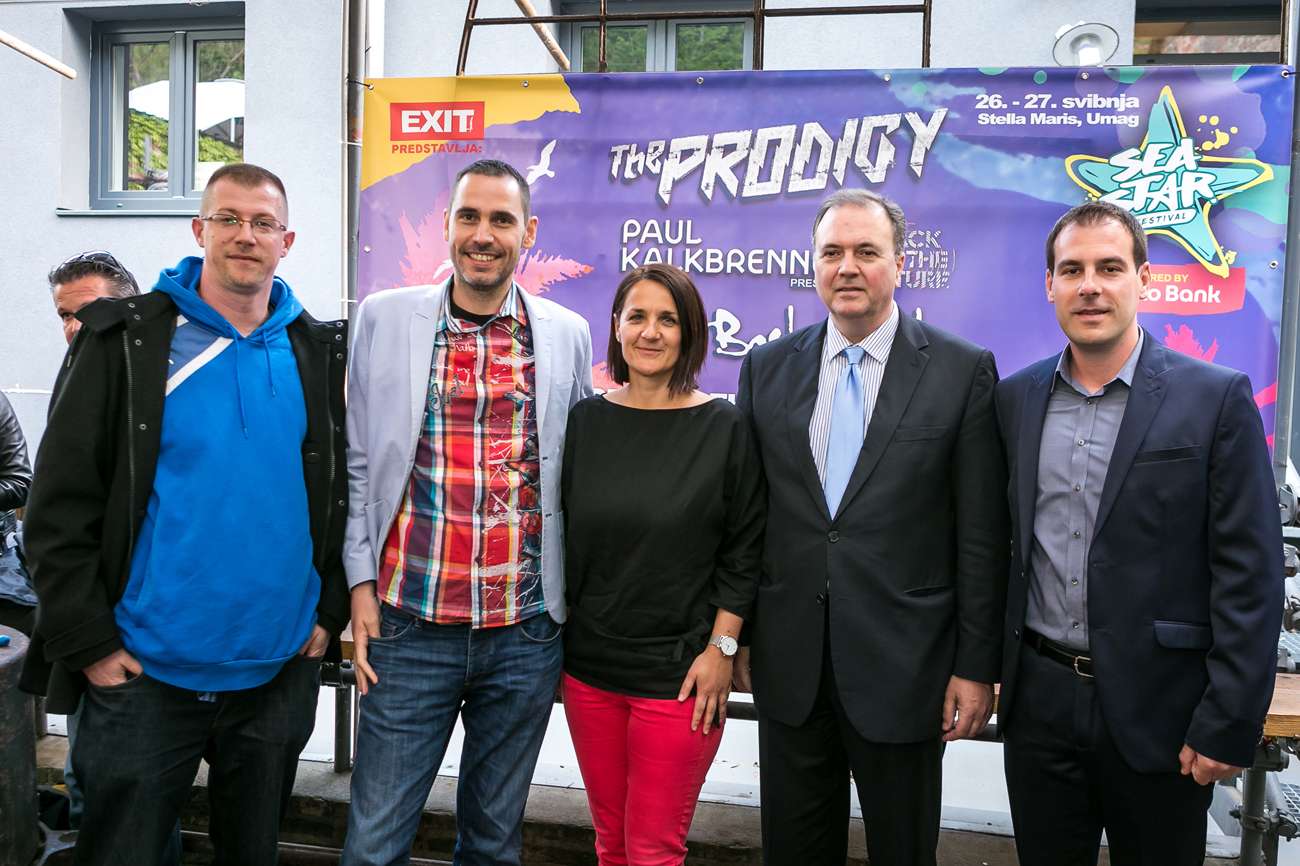 Luka Tralić – Shot, Elemental founder and vocalist, highly praised Sea Star line up which features a lot of friends and colleagues with whom they shared the stage and he particularly emphasized the importance of the support of the city, state and big partners to these events, as well as the big infrastructural functionality of Stella Maris.

Umag Sea Star has become, in just a couple of months, the biggest and most attractive new destination this year. The starting capacity has already been doubled due to great interest, so about 60,000 people are expected to visit the Stella Maris resort from Thursday, May 25 to Sunday, May 28.

Sea Star is based in wonderful Stella Maris resort in whose close proximity a richly equipped festival camp is located, as well as hotels, apartments, villas, while the city center of Umag is only a 10-minute walk away. All this makes Sea Star Festival ideal for the beginning of EXIT’s Summer of Love 2017.