Skip to content
NEWS:
07.06. Apply now and secure the best tickets for the next edition of the Sea Star Festival 2023 on time
/
30.05. Sea Star Festival Makes History! Sea Star’s 40,000 Visitors Use the Energy of Love to Restart the European Festival Scene!
/
27.05. All About the Sea Star Festival 2022
/
25.05. Festival payment: All about the Sea Star payment card
/
24.05. Furious Sea Star Finish – Ultimate Hip Hop Legends Onyx Are Also Coming to Umag!
/
12.05. “Half of Europe” at Sea Star! EXIT Trip Provides Additional Accommodation
/
06.04. Demand for Sea Star Has Never Been Higher! 2/3 of the Capacity Sold Out, Audiences Arriving from More than 35 Countries!

An invitation to kick off the summer season!

Sea Star Festival in Stella Maris lagoon is a perfect invitation to kick start summer on a stunning location, with world renowned artists and an outstanding production! 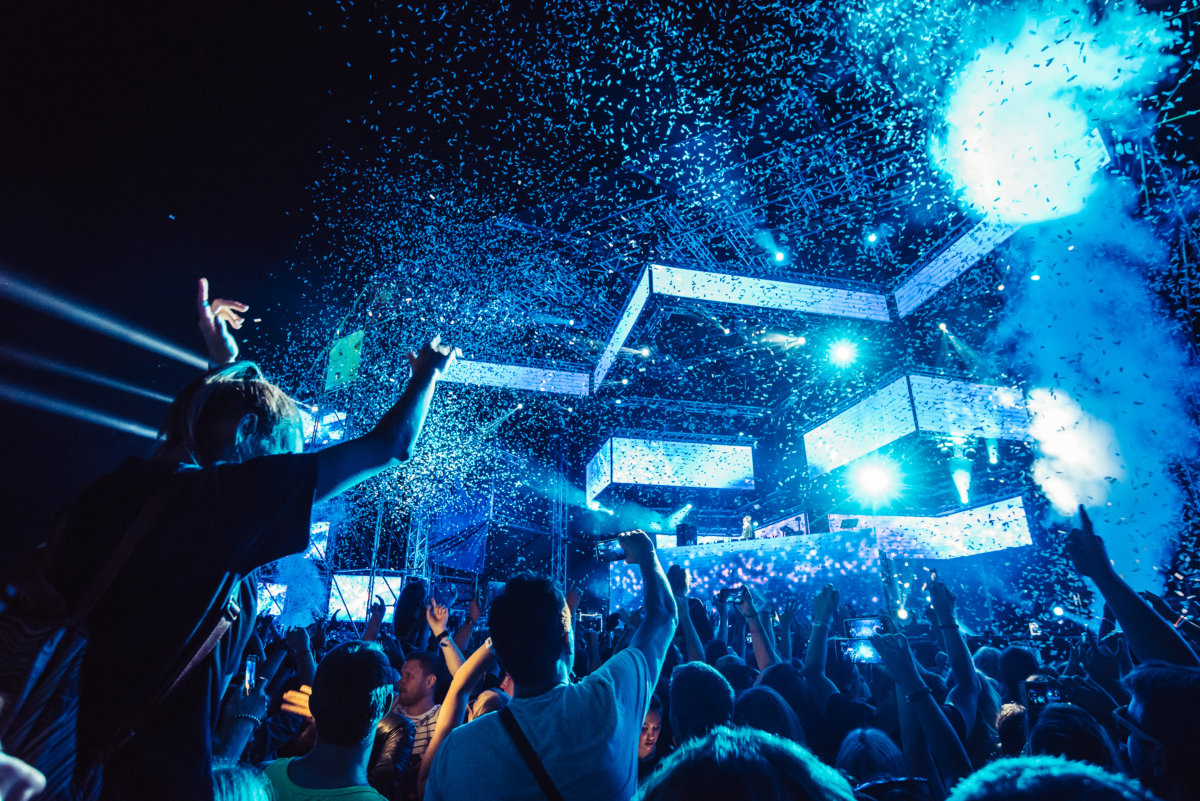 The first two Sea Star editions have charmed the numerous audiences and the international and regional performers who have talked up the quality and vibe of the festival, stunning Croatian coast, as well as the hospitality. The Stella Maris complex already saw more than 80,000 visitors who enjoyed the unforgettable performances of the acclaimed international and local music stars. Guiding this years’s impressive lineup is non other then the hip-hop phenomenon Wu-Tang Clan, following one of techno’s “founding fathers” Sven Väth, along with the absolute leader of today’s electronic music, the charismatic and unique Nina Kraviz! Alongside Nina and Sven, Sea Star welcomes Ilario Alicante, Enrico Sangiuliano, talented local support such as Croatia’s techno mainstay Petar Dundov, and rising stars DJ Jock, Lawrence Klein and Unique. 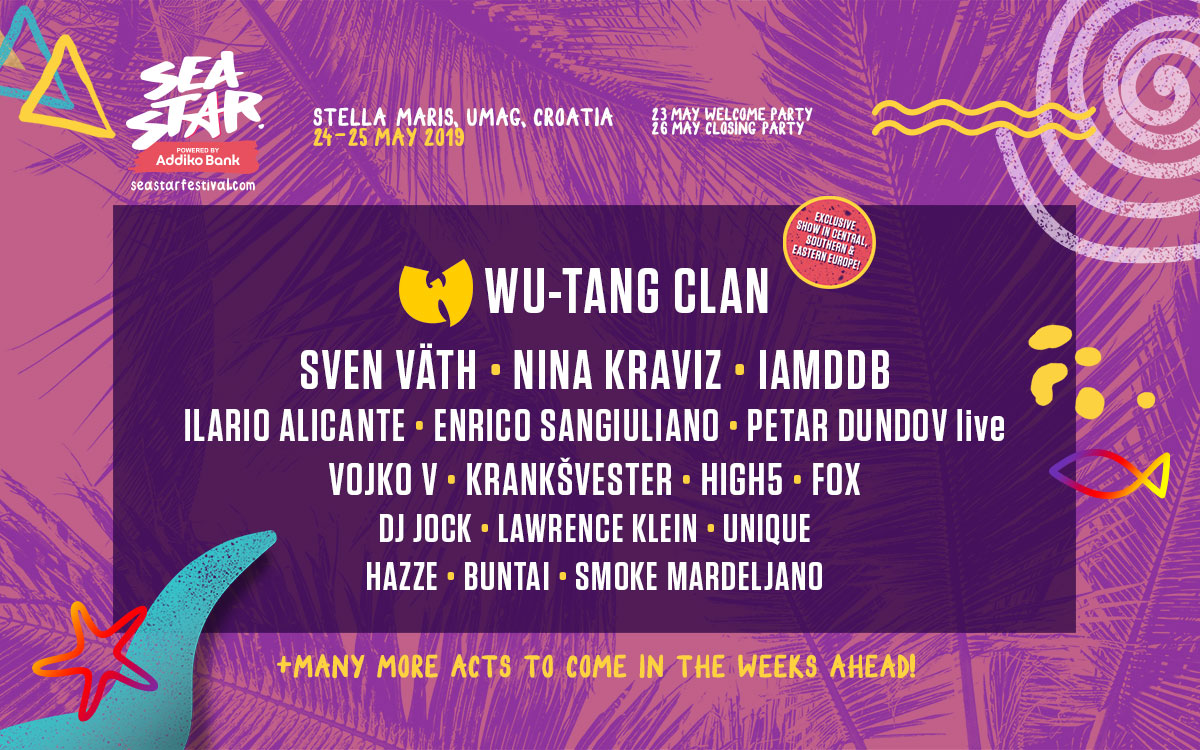 In cooperation with Drito, the largest regional club trap and hip-hop festival, Sea Star presents its second wave of stars – the rapidly rising star IAMDDB, Vojko V – the most sought-after hip-hop performer in the region, Krankšvester as well as to the famous Novi Sad based trap guru Fox. This striking hip-hop line-up will be helped by a powerful team consisting of, High5, Buntai, Smoke Mardeljano and Hazze. The success of the 2018 edition resulted in the nomination for the Best Medium-Sized Festival, i.e. the best festival up to 40,000 visitors at the European Festival Awards! Sea Star’s success fits in perfectly with the success of all other festivals from Exit’s family which earned eight nominations in total. Stunning location, world renowned artists and outstanding productions make this festival a must see! 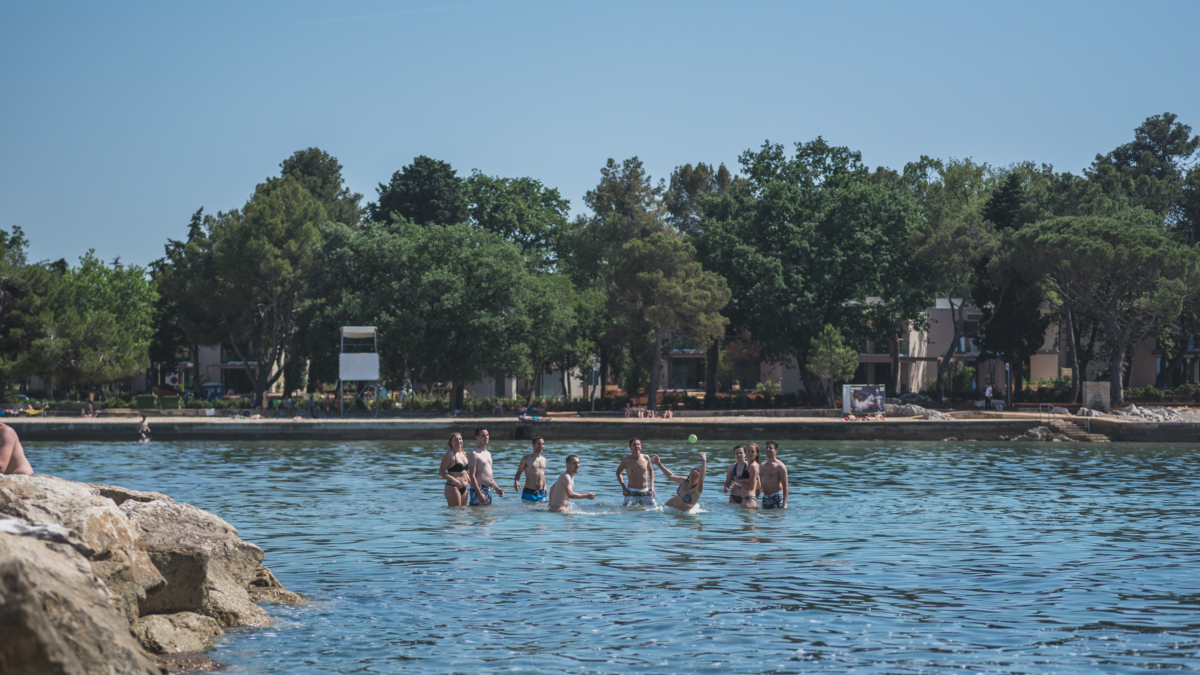 Take a closer look at Umag, our home with a number of attractions and a lagoon that has an almost-unreal color. Yes, we are talking about Stella Maris, our paradise where the Sea Star Festival happens, and yes, this Croatian town is the perfect site for those magical experiences of music, dance, sea and sun. Coming to the peninsula of Istria from the West, Umag is the first place you’ll reach. This town at the north of the mind-blowing Croatian seaside is more than just a breathtaking combo of baroque and renaissance, and Mediterranean climate. Our Stella Maris lagoon is simply unreal, we still have to pinch ourselves when we see that turquoise color and this is where you can dance all day long and then enjoy one of the most amazing sunsets you have ever seen. 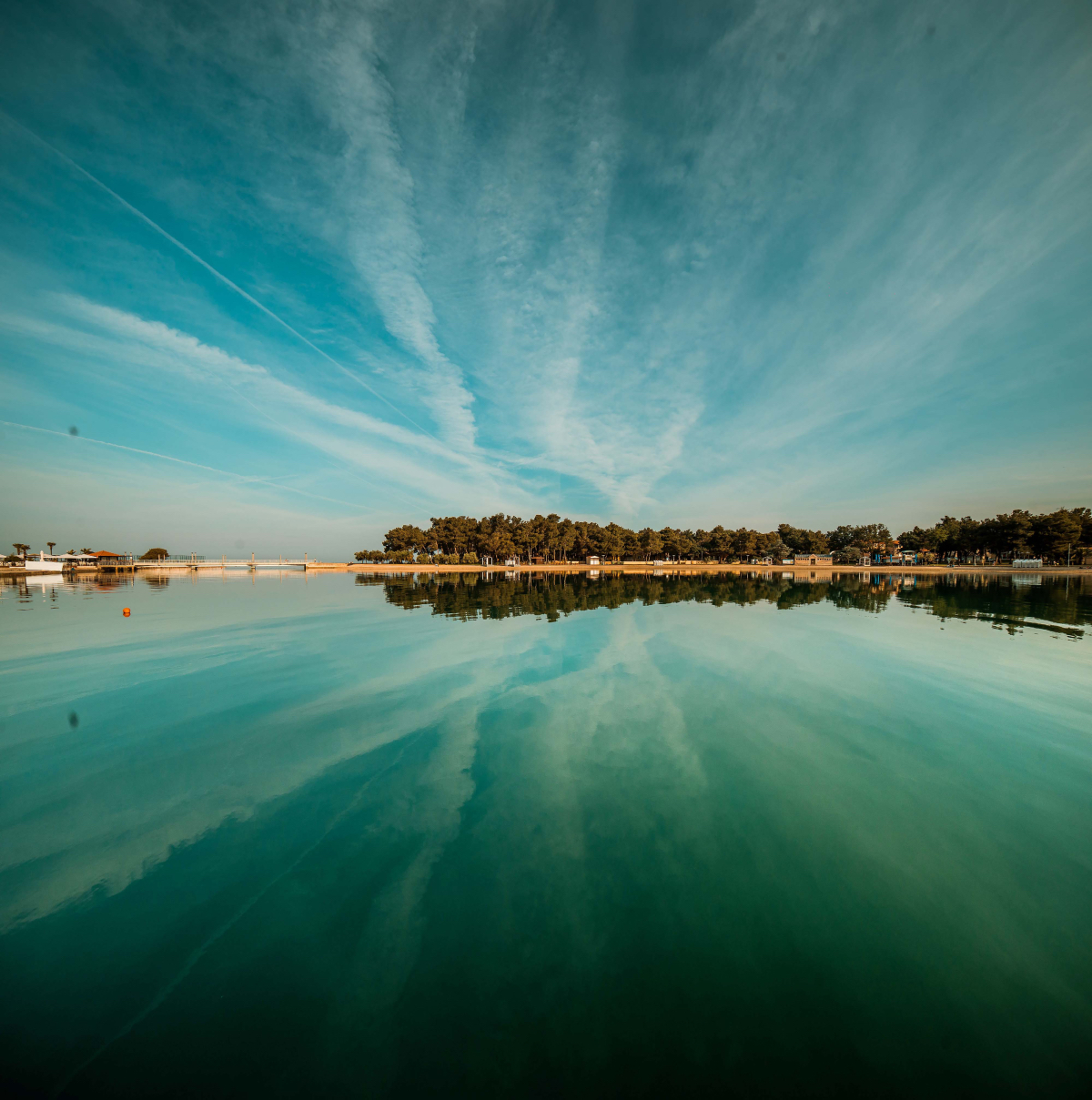 Some of the most beautiful beaches in all of Istria are located in Umag, the sea is crystal clear and suitable for swimming from May until October. It was love at first sight for team Sea Star here, crystal clear Adriatic, sun rays all over us, and the beautiful bay just took our breath away. With around 13 000 inhabitants and 45 km of the coastline and interesting hinterland, the city integrates special features of the whole region and might be the best introduction into a different experience of the Mediterranean. Those wishing to explore a little more are encouraged to rent a bike from one of the many shops in Umag. 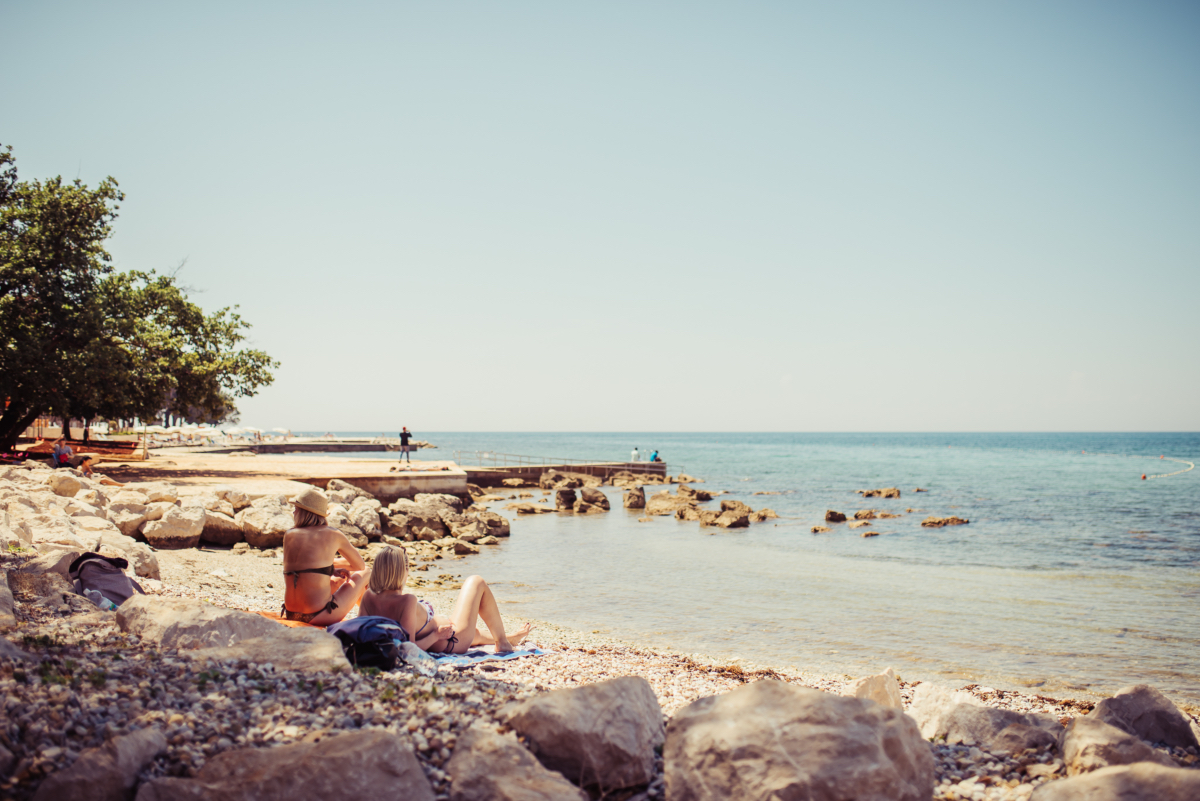 Istria is famous for its delicious homemade and gourmet food, especially in Umag and northwestern Istria where is a great concentration of world-class restaurants, bistros and local spots called konobas. The region has an extraordinary culinary tradition, and Umag will open your senses, expand your views and the local cuisine will enchant you with its variety and balance, from fresh and delicious seafood to traditional meat serving you the most prestigious gourmet meal – Boškarin beef. Umag is also a fishing town, first and foremost, and no visit is complete without trying the seasonal fish and shellfish specialties. Besides olive groves, fields of tomatoes and orchards, Umag is surrounded by vineyards. With Istria being the center of wine you just have to jump on one of Istria’s wine roads that lead to the very heart of their way of life. Most of Istria’s award-winning winemakers and olive oil producers are from this very region. 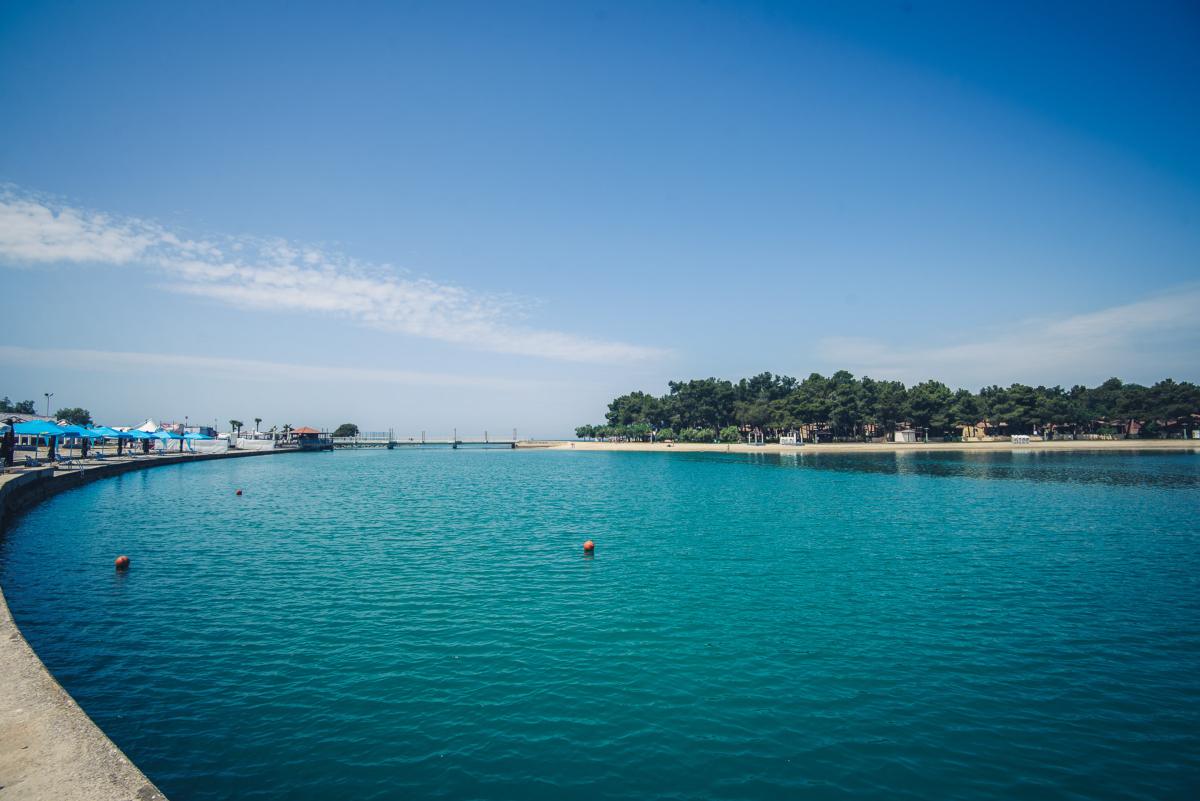 Umag is an ancient town founded in the times of the Roman Empire on a small island connected to the mainland by a small isthmus, and which later became a large trade center of the region. It once used to be their summer residence. All the glamour and abundance of those times is perfectly portrayed in the Venetian houses in the old city core, where you see the remains of the city walls, baroque buildings and churches. And just a few kilometers away, you’ll get to see the oldest lighthouse on the Adriatic, located in the nearby town of Savudrija that is also the largest and most important ancient harbor on the Croatian Adriatic coast. Take a walk around Umag town walls, with gated draw bridge, dating from 10th century, check out Church of St Roche from 16th century with oil-painted ceiling or exhibitions of ancient pottery and crafts, or just head over to the numerous city’s galleries to get your dose of culture. 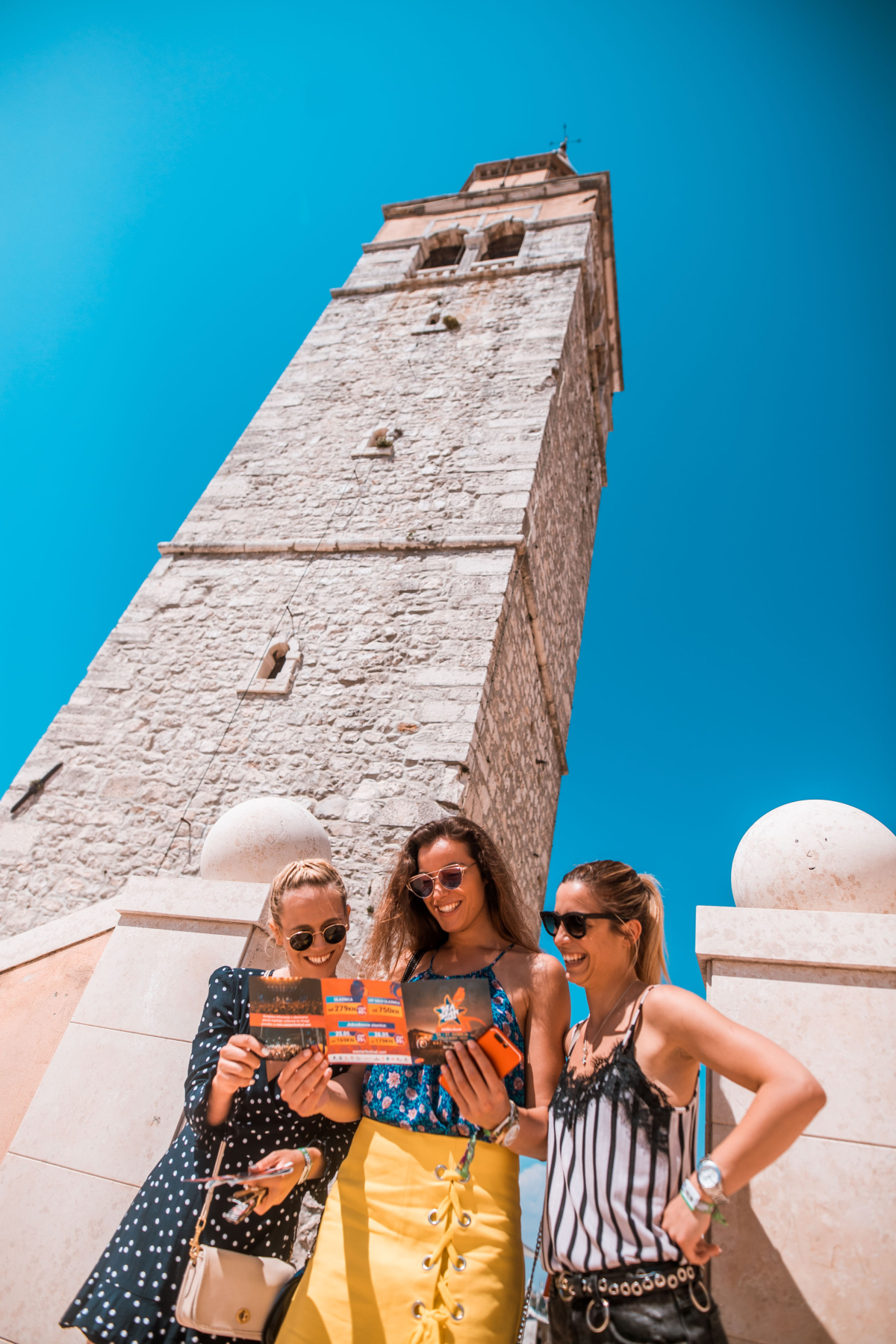 Sea Star camp is definitely the most popular point of Sea Star visitors, both domestic and foreign, a place where the party never stops, in the beautiful lagoon of the Stella Maris complex, a few hundred meters from the sea and a mere 50 meters from the festival itself. The 2+2 festival formula has proven to be a winning combo in the first two seasons, so Friday the 24th and Saturday the 25th of May will see the Sea Star Festival working at full capacity, with Thursday the 23rd reserved for the Welcome party, and Sunday morning of the 26th for the Closing party. Welcome to Umag and Stella Maris lagoon where those endless marine nights on the beach and energetic parties are combined with new friends, fun in the sea and new adventures on Sea Star Festival.